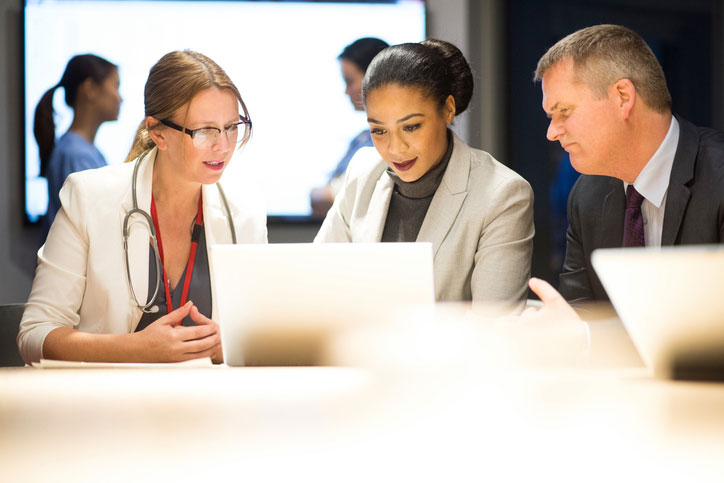 No matter where you work in the health care industry, you are sure to be hearing the phrase “value-based care” these days. If you are a medical administrator or plan to go into healthcare administration, it’s more than just a catch-phrase: the industry adaptation to a value-based model is likely to dominate the next decade or more of your career.

Value-based care is a transition from the traditional fee-for-service model that most of the industry uses today.

In fee-for-service, providers charge a rate based on the functions they perform. A chest MRI is $230, a colonoscopy $3,000, a knee replacement $48,000… just like getting the oil changed in your car, it costs the same whether you are driving a Mazda or a Maserati and whether it makes it run better or not.

With value-based care, providers are paid based on results. Provider compensation is driven by patient outcomes. A surgeon with a track record of knee replacements needing additional follow-up care or prone to infection would be paid less than one whose patients are out skipping rope with no problems in six months.

It also offers something that the business world likes to call alignment of interests. It ensures that the financial motives of hospitals and providers coincide with the treatment outcomes patients prefer.

Although most healthcare professionals don’t like to admit that the industry can be driven more by money than care, you don’t usually have to look too far to see how financial incentives push treatment patterns that aren’t optimal for patients. The treadmill of the carefully regimented office visit, the tendency to pack in surgical patients like they’re on an assembly line, offloading every possible function to nurses or other staff… these are all designed to cram as many billable hours as possible into a day. And when push comes to shove, that doesn’t leave a lot of time for considered caregiving.

Healthcare administrators have the challenging job of transitioning their businesses to the new model and dealing with the inevitable hiccups in the process.

Changes in Reimbursement are Being Driven By Economic and Regulatory Factors

As with many of the most dramatic changes in American health care, the big driver behind value-based care is the Medicare program. In 2015, the Medicare Access and CHIP Reauthorization Act (MACRA) was passed, instituting sweeping changes in Medicare reimbursement.

Since Medicare comprises around 20 percent of all national healthcare expenditures in the United States, those rules changes impact a large proportion of medical practices, which in turn influence how other insurers operate.

But purely economic issues are also pushing changes. A 2018 study by the Journal of American Medicine found that even as American healthcare costs increased, outcomes were no better—and in some cases worse—than they were in countries with less expensive systems.

No one—not insurers, not patients—wants to be paying more and getting worse service. Surging medical tourism rates has been one result of this disparity.

Shifting from the traditional fee for service system to a pay for performance model is sweeping through the entire industry. Many healthcare professionals have seen this coming for years and seen it as an inevitable development in the face of consistently rising costs and lackluster performance. The impenetrability of the average medical bill has failed to encourage high performance in the healthcare system, and pay for performance is the remedy.

Almost all healthcare administrators are going to have to deal with the transition to this model at some point, but if you are working in a practice that accepts Medicare reimbursement, you are going to find yourself at the pointy end of the value-based care adoption spear.

Medicare Adjustments Are The First Wave of Value-Based Models

Because it’s built out of a political process, there is almost always a sweetener included in Medicare reforms. In this case, MIPS awards bonuses (or levies penalties) on providers based on their performance relative to other providers in the same specialty area.

Although pay is based on performance under APM, performance is something that you can only assess retroactively. Bonus payments equal to 5 percent of annual fee for service revenue will kick in between 2019 and 2024 under that program.

APM, then, is expected to see relatively little uptake in the early years of MACRA adoption since relatively few providers will qualify under its strict standards.

Complexity breeds gamesmanship, and healthcare administrators are the ones responsible for moving the chess pieces on this new board. Ways to game the system are already emerging; the Brookings Institute warns that, rather than advancing into the APM system as the bill’s authors intended, many practices will have greater financial incentives to remain within MIPS indefinitely.

For healthcare administrators, this means not only managing a segue into MIPS from current practices, but also planning yet another transition into APM at some point in the future. Maintaining consistent revenues and projections isn’t going to be an easy task.

Running the numbers and making these decisions requires both intelligence and experience, and healthcare administrators will find themselves relying more than ever on their education to help them make the right choices under MACRA. College courses on Medicare and Medicaid billing lay the groundwork for understanding these major terrain shifts in medical reimbursement.