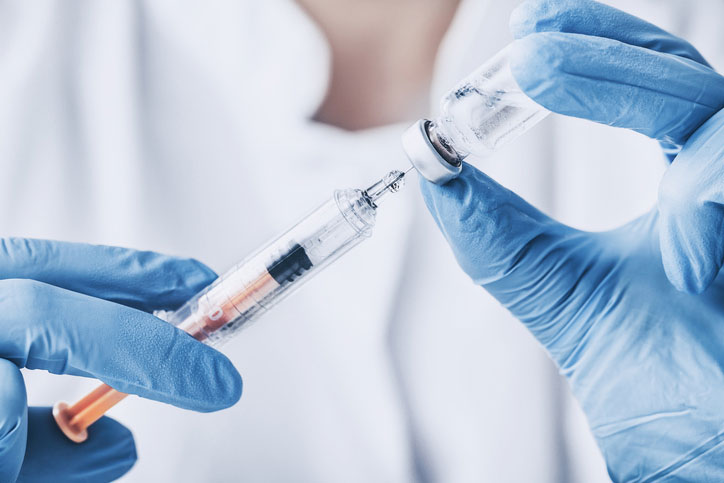 When public health officials traced a small hepatitis C outbreak in Washington state back to Puyallup’s MultiCare Good Samaritan Hospital last April, it was bad enough. No healthcare facility wants to discharge patients who have more medical issues than they walked in the door with.

But when investigators tracked the common point of infection back to an emergency room nurse who was stealing patient painkiller medications as a way to feed her own drug addiction and reusing the needles as she was doing it, the news stood Good Sam staff and administrators on their heads.

Cora Weberg, the ER nurse, started working at the hospital in August of 2017. That all ended with a suspension on March 23, 2018 when the result of an inquiry into two Hep C infected patients lead hospital investigators to her.

Genetic testing indicated that both patients had been infected by the same source. Weberg turned out to be the point of contact investigators identified. She was arrested on May 3 at the Canadian border at the request of Puyallup police.

Healthcare-Associated Infections Are Hard Enough To Fight When Unintentional

Hospitals are filled with sick people and extra efforts are always necessary to control the spread of infectious disease between patients. These incidents, known as healthcare-associated infections (HAIs) have been distressingly common for most of recorded human history as an incidental cost of care.

Infection control programs are a major part of the responsibilities that hospital administrators take on. And they’ve been winning: the CDC reports significant drops in several categories of HAI over the past five years.

When it’s a healthcare professional who is directly and overtly responsible for the infections, it’s another matter entirely, however. Infection control measures are almost universally oriented at education and voluntary compliance.

The presumption is that healthcare professionals would want to avoid making their patients sicker. That assumption doesn’t hold true when those professionals are also drug addicts.

Some 2,600 patients, or around 5 percent of those treated in the Good Sam emergency department during the 8-month exposure window, are at risk of developing the disease.

Hepatitis C is a viral infection that can cause serious liver damage. Although it’s considered curable today, it’s also insidious—some carriers do not develop symptoms for years and may not even be aware they are carrying the disease. Weberg claims, for instance, that she has never had Hep C. Even testing has been inconclusive.

Hospital Administrators React Rapidly To Exposure, But It May Not Be Enough

To their credit, hospital administrators quickly alerted the public and directly contacted those 2,600 individuals to warn them and offer free screening. The hospital is also providing free treatment to anyone from that group who is found to have been infected.

All the good will in the world won’t protect hospitals from legal action in today’s litigious society, however.

Within two weeks, the hospital was facing a class action lawsuit stemming from the exposure as well as a number of lawsuits from patients who had contracted hepatitis C. It’s far too early to say what the outcomes will be, but one thing is certain: it’s going to cost the hospital a lot of money in legal and professional fees before it’s over.

Healthcare Administrators Have To Plan For The Unexpected

The Weberg case illustrates many of the complications healthcare administrators have to be prepared for in administering and managing these types of outbreaks, no matter how unusual. Even with the wide array of tracking and tracing technologies and the modern lab tests that can identify and correlate genetic trace evidence, neither hospital administrators or police have been able to positively identify Weberg as the source of the infections. In fact, she was released without charges being filed shortly after her arrest.

If it develops that administrators settled on Weberg as a convenient scapegoat rather than continuing the investigation to find the true source of the infections, you can expect to see a lot more lawsuits and even firmer legal standing to bring them.

Even if Weberg turns out to be clean, administrators aren’t off the hook—they hired a drug addict to work in an environment filled with high-value prescription narcotics. Hospital screening procedures for new hires are likely to get a review, along with control mechanisms currently used for distributing controlled substances.

It’s a challenge for healthcare administrators to prevent such incidents as the scourge of drug addiction continues to ravage all segments of society. Weberg passed a drug screening test when she was hired and was licensed in three states… not exactly a high-risk hire on paper.

But she admitted to diverting narcotics for her personal use even as she denied being the source of the hepatitis infections.

Putting in place narcotics control programs that can both allow easy access to vital medications when they are needed immediately but also keep future Webergs from sampling the goods won’t be simple. But it’s the sort of work that healthcare administrators are paid well to accomplish and Good Sam and other hospitals will expect results.

Although we can only hope the Weberg case is a rare and unusual one, healthcare administrators working in every capacity should use it to review their own systems.